Counter-Reformation and the Baroque

Counter-Reformation and the Baroque

The sixteenth century was a period of intense religious turmoil in Europe brought about by the Protestant Reformation. In the Netherlands, the Dutch Revolt resulted, eventually, in independence for the northernmost provinces, and greater religious freedom. The southern provinces were reconquered by Spain and remained Catholic. 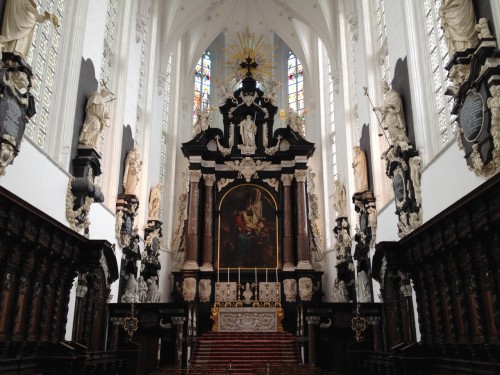 The Southern Netherlands became a bastion of Catholicism and thus a center of the Counter-Reformation. The Hapsburg rulers made sure that churches damaged and looted by religious dissidents were grandly refurbished, and new commissions created a boom in Church-sponsored art. Today, visitors to Belgium’s many churches and cathedrals are dazzled by the ornate Baroque altarpieces, pulpits and statues that decorate their interiors.

In Antwerp, Peter Paul Rubens flourished under Hapsburg rule, becoming official court painter to the Archdukes Albert and Isabella. He produced countless altarpieces, including two of his finest that can still be admired in the Cathedral of Our Lady, and helped design and decorate the beautiful Jesuit Church of Carolus Borromeus. He also painted mythological subjects and portraits of wealthy merchants, famous humanists and European royalty. 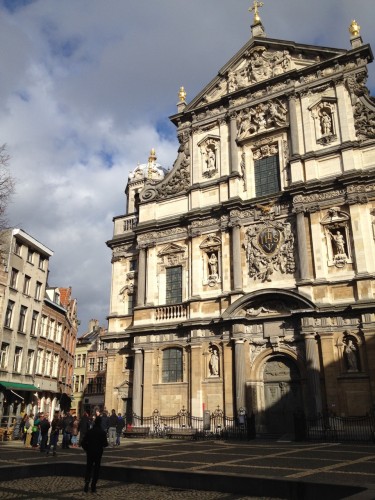 Rubens’ colleagues in Antwerp, such as Jan Brueghel the Elder, Jacob Jordaens and Frans Snyders, also had great success and earned international reputations. Brueghel painted genre scenes in the style of his father, Pieter Brueghel the Elder, while Snyders was primarily known for his animal portraits and still lifes. Jordaens was strongly influenced by Rubens and became Antwerp’s most famous painter after Rubens’ death in 1640.

Although the center of trade in northern Europe shifted from Antwerp to Amsterdam, the Southern Netherlands continued to prosper in the 17th century. The magnificent houses that ring Brussels‘ Grote Markt, built between 1695 and 1699, give testimony to the wealth of the city’s guilds. The ornate facades reveal the diversity and inventiveness of Flemish Baroque architecture. The Provost’s Palace on the Burg in Bruges is another example of the style. 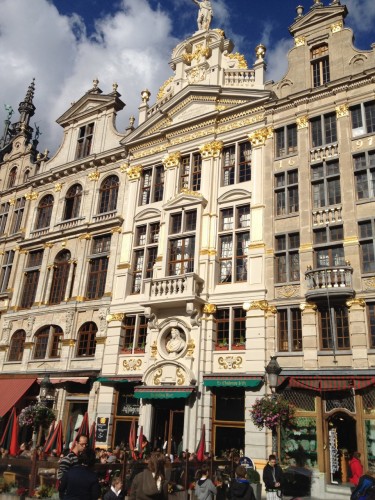 Guild houses on the Grote Markt in Brussels

The religious conflicts and dynastic struggles that battered Europe in this period were often played out on Belgian soil. And yet the people managed not just to survive but to thrive, and to create great works of art, build incredible monuments and maintain their unique culture. It was because of the influx of foreign rulers, citizens and ideas over the centuries that Belgium today is such an interesting melding of influences.