Ever been to Hasselt?

Hasselt, the capital of Belgium’s eastern-most province, is often overlooked by foreign visitors and Belgians alike. It doesn’t have the quaint charms of Ghent or Bruges, or the international cachet of Brussels or Antwerp—but that’s what makes a visit to Hasselt both surprising and rewarding. Each discovery feels like a personal revelation, a well-kept secret that only a select few are privy to. 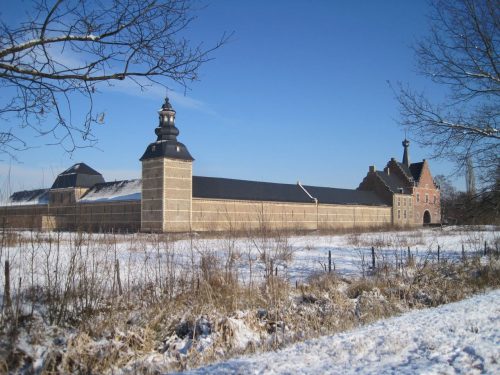 Herkenrode Abbey in the snow

Hasselt’s motto is “Hoofstad van de Smaak”, which translates as “The Capital of (Good) Taste.” Its residents pride themselves on their refinement in dining, fashion, culture, and all the finer things in life. 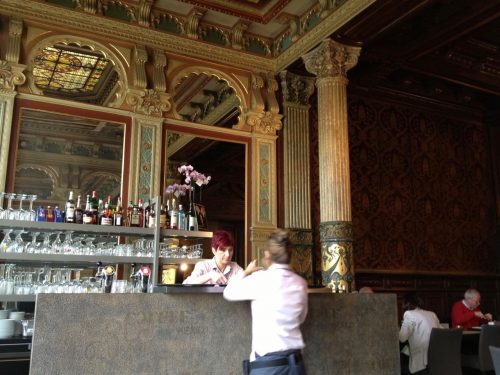 Hasselt boasts two Michelin-starred restaurants, Aan Tafel bij Luc Bellings and JER, along with a range of dining establishments popular with locals. Dining out in Hasselt is both a common occurrence and a ritual that lasts three or four hours. Expect to indulge in several courses and a few bottles of wine, finishing off with coffee and dessert.

In the nineteenth century, Hasselt was Belgium’s biggest producer of jenever, a spirit closely related to gin. The Jenever Museum, housed in a former distillery, recently received a complete makeover and uses modern, interactive technology to tell the story of jenever production in the Low Countries. Admission includes a tasting in the museum’s traditional bar. 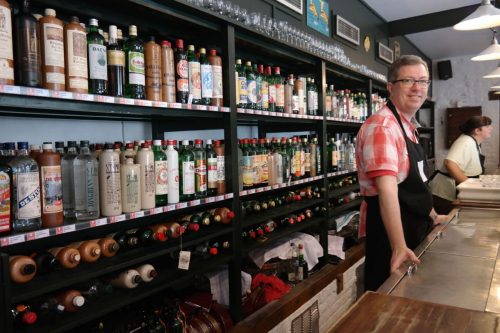 The jenever bar in the Jenever Museum

For fashion lovers, the ModeMuseum offers small, well-curated, changing exhibitions dedicated to both Belgian and international designers, as well as historic and current fashion trends. Hasselt is also home to top Belgian designer Stijn Helsen, whose flagship store is located in the city center.

Herkenrode Abbey was once an important religious and political institution and is now a heritage site. The historic buildings have been fully restored and now house a visitor’s center and restaurant, with extensive gardens and walking trails.

The area around Hasselt is perfect for exploring by bicycle, with its flat terrain and extensive bike paths. The easy-to-use bike path network, based on numbered intersections, was developed in Limburg and then spread throughout the country. The province prides itself on being bike-friendly, with plenty of accommodations and cafés located near bike routes.

Cycling along the canal in Hasselt

In addition to luxury hotels and bed-and-breakfast inns, Hasselt has a brand-new youth hostel, located next to the train station. Accommodations in the modern, eco-friendly building include both dormitory-style rooms as well as private and family rooms.