The Burgundian Legacy – Belgium in the Fifteenth Century

The Burgundian Legacy – Belgium in the Fifteenth Century

In 1369, Philip the Bold, youngest son of the King of France and Duke of Burgundy, married Margaret of Dampierre, daughter and heir of the Count of Flanders, in an extravagant wedding in Ghent. The lands of Flanders and Brabant (which today form a large part of Belgium) came under Burgundian control and Philip became one of the richest and most powerful rulers in Europe.

From 1369 until 1482, most of Belgium was thus part of the Duchy of Burgundy. The cities of Brussels, Bruges and Ghent weren’t just favored Burgundian residences, where the Dukes built luxurious palaces and held tournaments and feasts, but were also important economic centers that contributed to the Dukes’ considerable wealth.

In 1430, Philip the Bold’s grandson, Duke Philip the Good, married Isabella of Portugal in Bruges. The celebrations lasted for days, and the Duke created a new chivalric order for the occasion, the Order of the Golden Fleece. His son, Charles the Bold, married Margaret of York in Bruges, and his daughter, the last of her line, made Bruges her favorite residence. 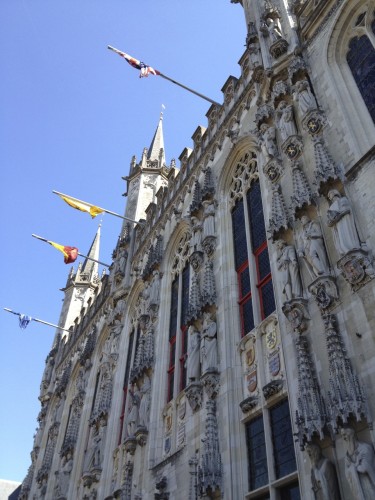 The Burgundian court attracted the great artists, intellectuals and musicians of the time, who flocked to the cities of Flanders seeking patronage and fame. Jan van Eyck, as Duke Philip the Good’s official court painter and valet de chambre, settled in Bruges. He was paid a yearly stipend during his lifetime, and upon his death, his widow received compensation from the Duke in recognition of his service. 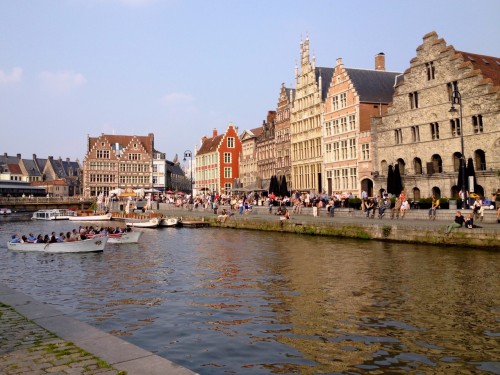 A visit to the cities of Brussels, Bruges and Ghent reveals evidence of Burgundian influence, hundreds of years later. In Bruges, the magnificent Gothic city hall was built in 1376, and that of Brussels was modeled on it a generation later. The Burgundian palace in Brussels was destroyed by fire, but you can still see its foundations, buried under Coudenberg hill.

Belgians tend to look back on the 15th century as a Golden Age. They talk about being “Bourgondiers”–people who enjoy the luxuries in life, such as good food, fine wine and beautiful art. They speak of the Bourgondisch lifestyle, which they inherited from the Burgundians and which defines Belgian culture to this day. It’s the art of living well. 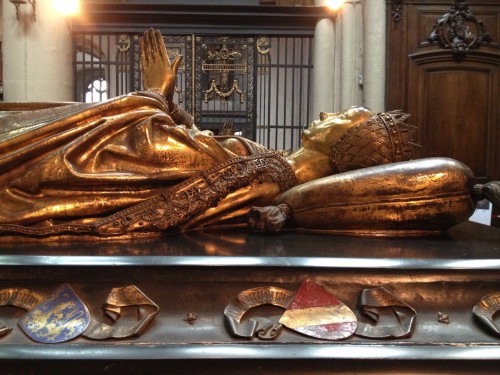 Tomb of Mary of Burgundy