Art & Architecture Top 10 things to do in Hasselt

Top 10 things to do in Hasselt

Among travelers, Hasselt isn’t as well known as some other Belgian cities. But that’s what makes it such a fun place to explore: it’s off the beaten path and there’s no tacky souvenir shops, no chain restaurants and no risk of running into busloads of tourists. It’s the real Belgium, and–as you’d expect–it’s got plenty of charm, history and interesting sights. Here’s my guide to the top ten things for visitors to do in Hasselt.

Start your exploration of Hasselt with the best view in town, from the top of the Radisson Blu Hotel. The Sky Lounge‘s panoramic windows and outdoor patios let you look out over the entire city center, including the nearby cathedral, the canal basin and harbor, and the surrounding countryside. Snag a table and enjoy coffee or cocktails; reserve in advance for their high tea on Sunday afternoons.

Hasselt is home to the largest Japanese Garden in Europe, which opened in 1992. Designed and planted by visiting Japanese craftsmen according to traditional principles, the garden is at its most spectacular in the spring, when dozens of cherry trees bloom. Hanami, the annual cherry blossom festival, is marked by special events like tea ceremonies, guided walks and performances. 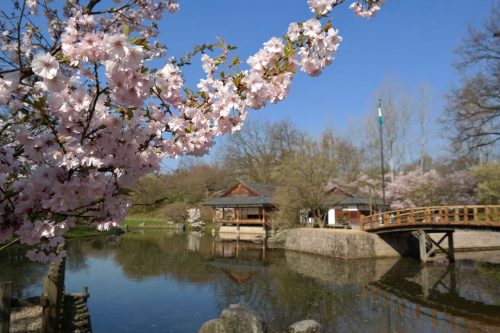 Fashion addicts should stop in at Hasselt’s museum dedicated to the art of clothing, housed in a renovated 17th-century hospital building in the city centre. Known for its innovative temporary exhibitions, the museum pays homage to Hasselt’s history as a centre of the textile industry. The permanent collection is particularly strong in Belgian designers and designers from Hasselt and the surrounding area. 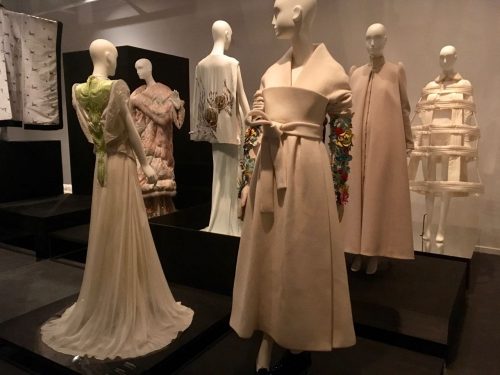 While in Hasselt, try the local variant on that ubiquitous little cookie. The version usually found all across Belgium is thin and crunchy, but Hasselt’s speculaas is thicker and softer. Artisanal bakery De Paifve specializes in this aromatic treat with versions that include almonds, marzipan and chocolate, but you can find it in most bakeries in town.

Home to a community of nuns for hundreds of years, Herkenrode Abbey was sold off during the French Revolution. Today, the site contains a visitor’s centre that tells the story of the women who lived here, as well as a restaurant, a children’s bookstore and landscaped gardens. The monumental gatehouse is a local landmark. Use the walking and cycling paths to explore the countryside surrounding the ancient brick buildings.

Hasselt was once the main producer of jenever, gin’s ancestor and a traditional tipple in both Flanders and the Netherlands. One former distillery in the city centre is now a museum devoted to the history of this spirit, with both modern multimedia displays and historic distilling equipment. Your admission tickets gets you a free drink in the museum’s café, where they serve a range of house jenevers as well as dozens of jenevers from all over Belgium.

#4 – Have the Chocolate Experience

Hasselt may not have as many chocolate shops as Brussels or Bruges, but it does have one of the best. At Boon, chocolates are all made by hand, on premises, and are filled with exquisite flavors like smoked chili, lemongrass and ginger. Best of all, there’s a café attached to the tiny shop where you can choose from an array of fine coffees, teas and chocolate drinks, all served with a selection of pralines.

Hasselt is the capital of the province known locally as a “Cycling Paradise.” In fact, the bike route network, based on a system of numbered intersections, was invented in Limburg and is now used all over Belgium as well as several neighboring countries. Rent a free bike at city hall and explore both town and countryside easily on two wheels. Maps and guides are available at the tourism office in the city centre.

In recent years, Hasselt has become a showcase for graffiti, murals and street art. Every year, the Street Art Festival welcomes new works to the city’s public spaces, with the total number of murals now over 60. Pick up a map at the tourism office in the city centre and take a self-guided tour, either on foot or by bike. There’s also a website with a downloadable map and information about current exhibitions. 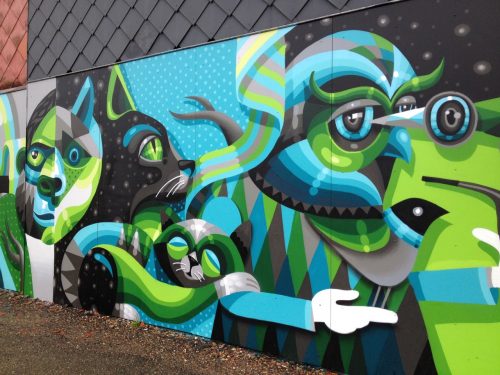 Hasselt’s main street party happens in October, when the entire city turns out for a celebration of its favourite drink at the annual Jenever Festival. Ancient confraternities parade through town, while sidewalk bars pour dozens, if not hundreds, of different jenevers–both the traditional, strong stuff and the newer, flavoured kinds. Don’t miss the moment when the Borrelmanneke, a fountain featuring a man sitting atop a barrel, dispenses free jenever instead of water.